Members for Members 542 are running to represent rank-and-file members of our local union at the upcoming Teamster Convention.

Every five years, our union holds a convention to nominate candidates for the International Teamster election later in the year, vote on changes to our union's Constitution, and set a general direction for our union. Members of every local local elect delegates and alternates to represent them for five days at the Convention.

Our contracts, benefits, and rights are under attack. Our leadership is selling out our members. Members for Members 542 are running to end weak, status-quo leadership, rebuild a local union that fights for the members, and support the OZ-Teamsters United team in bringing strong, new leadership to our International Union.

Feb. 16th 2021—Members for Members 542 announce we are running and successfully nominate candidates in the election for delegate and alternate delegate to the 2021 IBT International Union Convention. 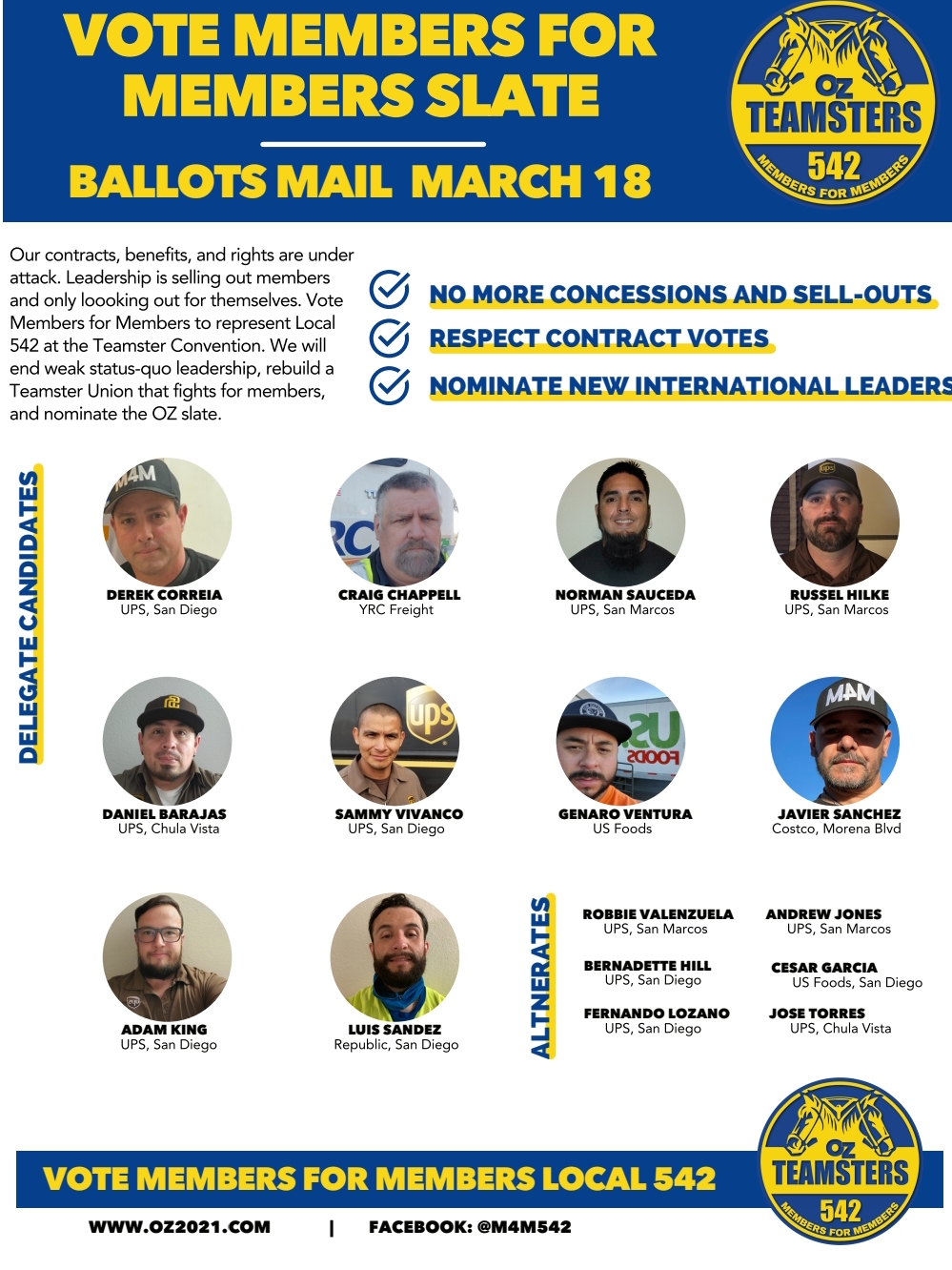