Members for Members 542 running a slate of candidates to win better contracts and build a stronger union. 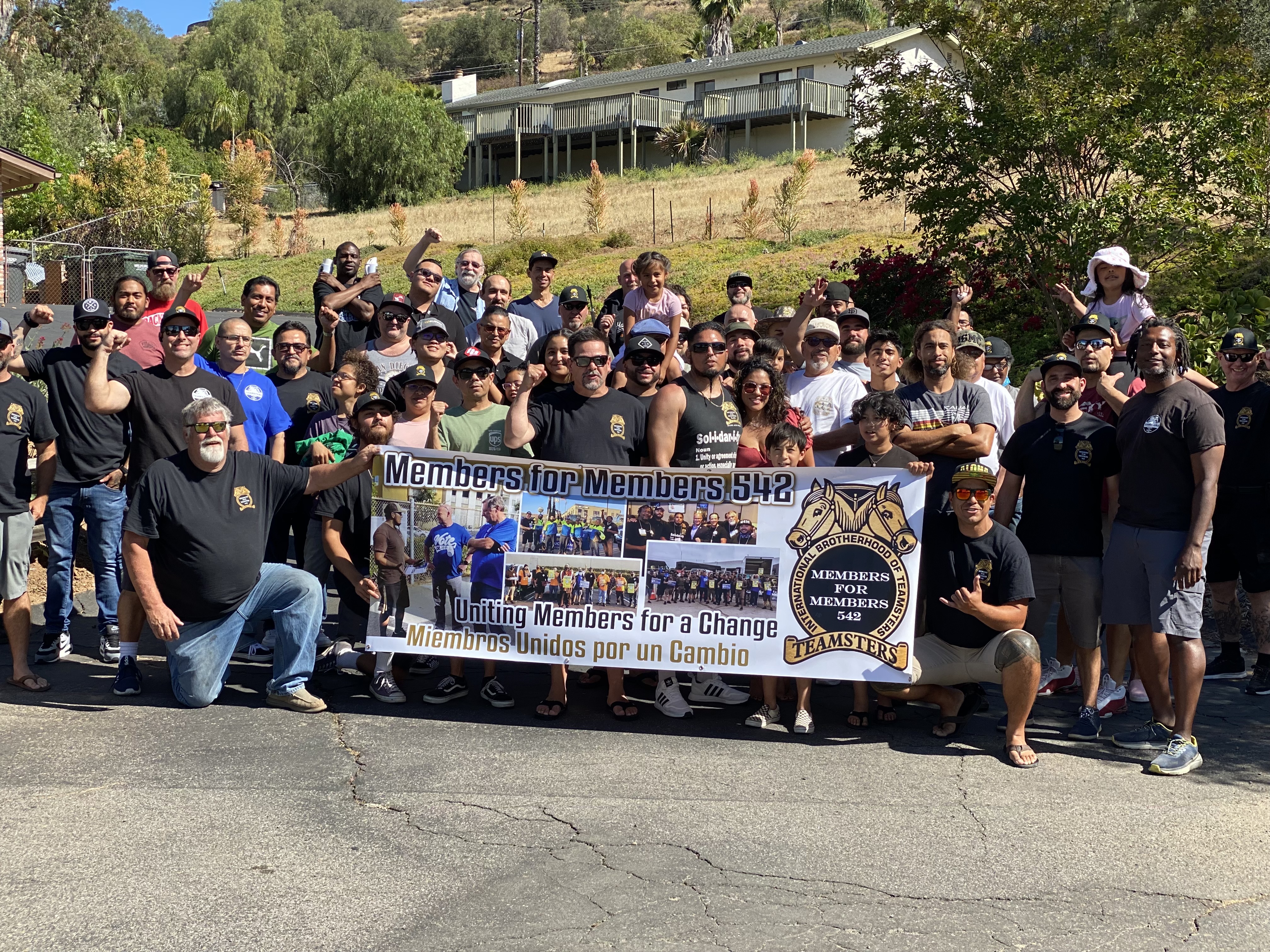 For years our officials have let us down. They don’t show up in our workplaces unless it’s election time. They don’t stand up to management. They agree to weak contracts and keep us in the dark during negotiations.

It’s time to do better. We can build a stronger Teamsters Local 542 that works for all of us.

“Members for Members is about uniting to win strong contracts,” said Members for Members leader Derek Correia. “We have some big fights coming up: the UPS contract, the Costco contract, and cleaning up the mess that Vasquez made by letting down our brothers at Republic.

“Employers walk all over us because of our weak leadership. We can turn that around with new leadership that has the members’ backs,” Correia said.

“I’m supporting Members for Members because if we’re going to win a strong contract at UPS in 2023, we need leaders who have a track record of standing up to management, winning grievances and enforcing the contract. That’s Members for Members,” said Adrian Ortiz, a 17-year member at UPS San Marcos.

Local 542 members from across the Local are supporting the movement for new leadership and a new direction in Local 542. Check out our endorsers on Facebook: https://www.facebook.com/M4M542

Get Involved in Taking Back Our Local

Sign up for updates on the campaign for new leadership. Take action to support leadership that will have your back: